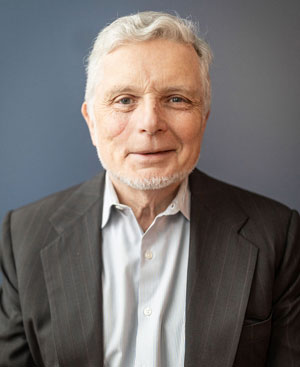 Resident of West New York, Hudson County, New Jersey; married to Maureen L. Horgan; two adult children. Born Weehawken, New Jersey, November 11, 1946. Mr. Horgan graduated college with an officer's commission in the regular army in 1968. Served until 1972. including Vietnam with the 101st Airborne Division. Engaged in the private practice of law since 1975 with Waters, McPherson, McNeill, P.C. and its predecessor firms and presently holds the position of senior shareholder and director.

With Waters, McPherson, McNeill he has played a key role in the development of many of its' practice areas with a principal focus on the regulation of real estate and other industries in which he has advanced the client's interests through advocacy and, as required, by the litigation and settlement of disputes. He has been actively involved with real estate owners, developers, investors, lenders, regulators and government entities at the local, county, regional, state and federal levels.

In the real estate field his experience allows him to serve as the lead counsel on large scale complex projects. These have included major mixed-use projects on the Hudson River Waterfront as well as throughout the region. Skills and expertise include negotiation of contracts, agreements and settlements with a thorough knowledge of specific areas such as environmental regulations, site planning and development, utilities law, riparian law, property taxation, valuation, condemnation, redevelopment and related experience in these fields with local, state and federal agencies. In many complex and high-profile matters he has dealt with the press, public groups and government entities as a primary representative of the client's interests.

He has represented numerous waterfront development projects in Hudson County as well has had intense involvement in other areas of business regulation and government affairs.