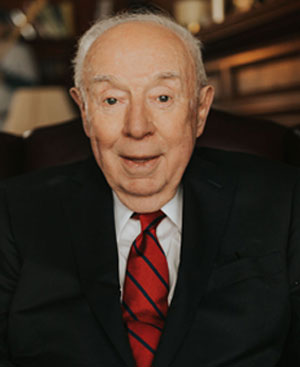 Mr. McPherson founded the Firm with David Waters in 1962 in Jersey City, New Jersey. He served as an Assistant Prosecutor in Hudson County, New Jersey (1963-1965), and as the Secretary to the New Jersey Division of State Tax Appeals (1965-1969). Mr. McPherson also served as Chairman of the Governor's Hudson River Waterfront Study, Planning and Development Commission (1979-1980), and as Commissioner of the Port Authority of New York and New Jersey (1981-1983).

He has worked in all areas of the Firm's practice, with particular expertise in real estate, finance, regulatory, and environmental law. He specializes in real estate transactions and development, particularly development in "environmentally sensitive" areas. In that capacity, he has helped obtain approvals for some of the largest commercial development projects authorized by State and Federal regulatory agencies.