Underinsured/Uninsured Motorist Insurance Coverage is one of the most important types of coverage in an auto policy.  Besides basic coverage, all auto policies are required by New Jersey law to have underinsured/uninsured motorist coverage in the minimum amount of $15,000 per person/$30,000 per accident.   However, this minimal coverage may not be enough. If you want to protect yourself and your family, you may want to consider increasing your limits of uninsured/underinsured motorist coverage.

What is Uninsured Motorist Insurance Coverage?

Uninsured motorist insurance coverage under your own policy is for when a person who has no insurance (responsible party) causes an accident with you.  If this occurs, you then pursue your own policy for the damages caused by that uninsured person. Uninsured motorist insurance also covers the situation of the hit and run driver where you are never able to identify the vehicle that hit you - the phantom vehicle situation.

What is Underinsured Motorist Insurance Coverage?

Underinsured motorist insurance coverage is for the situation where a responsible party does not have adequate insurance to cover the full amount of damage or injury caused to you. This is probably the most important auto insurance you can have because the vast majority of those driving on the roads today do not have adequate insurance to cover accidents or injuries caused by negligent driving.  Liability coverage under your own policy is important, but it does not protect you if someone without enough insurance causes damage to you. If someone with only $15,000 in insurance causes an accident and permanently injures you, this will not be enough to take care of you and your family.  If, however, you have another $500,000 in underinsured motorist coverage, then you at least have that extra cushion of protection.

Who is usually included in uninsured/underinsured motorist coverage?

A minimum of $500,000 in uninsured/underinsured motorist coverage should be considered either through the automobile insurance coverage, if offered, or by means of a personal umbrella insurance policy.

However, many umbrella policies fail to cover all aspects of the coverage found in the underlying automobile policy.  For instance, umbrella coverage for uninsured motorists often needs to be purchased at an added charge. However, this additional charge is clearly worth it for the added protection it affords you and your family.

For more information, please feel free to contact Giovanni Regina at gregina@lawwmm.com or by phone at 201-319-5743. 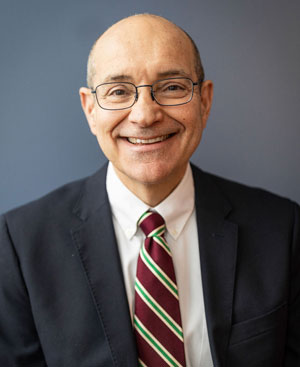