“We now conclude that when a public project requires the partial taking of property, ‘just compensation’ to the owner must be based on a consideration of all relevant, reasonably calculable, and non-conjectural factors that either decrease or increase the value of the remaining property.  In a partial-takings case, homeowners are entitled to the fair market value of their loss, not to a windfall, not to a pay out that disregards the home’s enhanced value resulting from a public project.”  (Slip op. at 3).

On June 28, 2013, this article discussed a recent case argued before the Supreme Court of New Jersey, Borough of Harvey Cedars v. Karan.  That case involves what evidence may be considered by a jury when calculating the damages to the remainder in a partial taking.  As previously explained, the Harvey Cedars case concerns a partial taking along the seaward side of oceanfront property for purpose of constructing an expanded sand dune to protect Long Beach Island from storm damages.  The Borough acquired by eminent domain an easement to construct a twenty-two foot high dune.  As in any partial taking case, the property owner is entitled to just compensation, which includes the value of the property interest acquired and damages to the remainder (that is, the portion of the property the municipality did not condemn).  The owners presented evidence that the higher sand dune would obstruct their ocean view, and therefore the beachfront house was worth less.  The trial court prohibited the Borough from presenting evidence that the loss of view was offset by the benefits provided by the sand dune.  The trial court excluded that evidence, concluding the sand dune would provide benefits to all property owners, and therefore the Borough could not present evidence the owners’ property was worth more with the benefit of the dune.  Only so-called “special benefits” could be introduced.  Special benefits would include direct benefits unique to the remainder property (such as draining swamp land).  The Appellate Division affirmed, 425 N.J. Super. 155 (App. Div. 2012), and the Supreme Court heard argument on May 13, 2013.

On July 8, 2013, the Supreme Court reversed and remanded the matter for a new trial.  The Supreme Court rejected the lower courts’ conclusion that evidence the remainder was worth more as a result of the dune should be excluded from evidence.  Justice Albin delivered the unanimous decision of the Court.

The legal question confronting the Court was the line of cases addressing general benefits and special benefits.  General benefits cannot be used to “offset the loss or damages incurred by the landowner whose property was partially taken.”  (Slip op. at 28).  The Court re-examined the distinction of general benefits and special benefits.  To do so, the Court examined Nineteenth Century precedent addressing determination of just compensation in a partial taking.  In Sullivan v. North Hudson County Railroad Co., 51 N.J.L. 518 (E. & A. 1889), Justice Dixon rejected a claim by a railroad that the benefits to a property owner of having an elevated railroad in front of the property offset any damages to the remainder.  Justice Dixon concluded a railroad operating provided a general benefit because they are enjoyed by the community at-large.  Contrasting a general benefit, a special benefit would be one that “’directly increases the value of the particular tract crossed.’”  (Slip op. at 29).  For example, if the railroad drained a swamp or built an embankment to preserve a mill pond, the owner would receive a special benefit.  Three years later, in Mangles v. Hudson County Bd. of Chosen Freeholders, 55 N.J.L. 88 (Sup. Ct. 1892), Justice Dixon addressed again the manner of determining just compensation in a partial takings case—this time a highway widening project.  Justice Dixon opined that “speculative benefits” could not be used to offset damages.  “Accordingly, a benefit that is not given any weight in a just-compensation calculus is one that might arise ‘in the indefinite future’ or one that ‘is so uncertain in character as to be incapable of present estimation.’”  (Slip op. at 30).  “In contrast, ‘any benefit’ arising from the taking and public use of the property ‘which admits of reasonable computation [] may enter into the award.’”  (Slip op. at 30-31).

The Supreme Court then examined New Jersey cases that inconsistently applied the general benefits/special benefits distinction.  The Court concluded that the distinction between general and special benefits had become confusing.  “Today, the terms special and general benefits do more to obscure than illuminate the basic principles governing the computation of just compensation in eminent domain cases.”  (Slip op. at 37).  In effort to clarify and end confusion, the Court clarified the factors to be considered when calculating just compensation in partial takings cases.  Just compensation is the value a willing buyer would pay and a willing seller would except—fair market value.  A willing buyer and willing seller would include benefits of a public project in setting a price provided those benefits “are not speculative or conjectural and that are not projected into the indefinite future.”  (Slip op. at 38).  “In short, just compensation should be based on non-conjectural and quantifiable benefits, benefits that are capable of reasonable calculation at the time of the taking.”  (Slip op. at 38).

Applying this rule to the sand dune partial taking, the Court concluded the project would indeed benefit the property owners and their neighbors.  However, oceanfront properties are at greatest risk from storm surges, and therefore those beachfront owners benefit more than owners further to the west.  “Without the due, the probability of serious damage or destruction to the Karans’ property increased dramatically over a thirty-year period.”  (Slip op. at 41).  A willing buyer would consider the view, but he would also consider the greater protection given the property as a result of the sand dune.  In setting just compensation, the jury should have been allowed to consider the possibility the sand dune enhanced the fair market value of the beachfront property.  “The Borough should not have been barred from presenting all non-speculative, reasonably calculable benefits from the dine project – the kind that a willing purchaser and willing seller would consider in an arm’s length transaction.  Those benefits are part of the fair-market equation, regardless of whether they are enjoyed by others in the community.”  (Slip op. at 46).  The trial court, in allowing only evidence of the decrease in value as a result of the effects on the view, erred by prohibiting value enhancement from the dune.  The Court held:

The trial court’s charge required the jury to disregard even quantifiable storm-protection benefits resulting from the public project that increased the fair market value of the Karans’ property.  In short, the quantifiable decrease in the value of their property – loss of view – should have been set off by any quantifiable increase in its value – storm-protection benefits.  The Karans are entitled to just compensation, a reasonable calculation of any decrease in the fair market value of their property after the taking.  They are not entitled to more, and certainly not a windfall at the public’s expense.

The Court remanded the matter for a new trial.

For more information, please feel free to contact Eric D. McCullough at edm@lawmm.com or by phone at 201-330-8712. 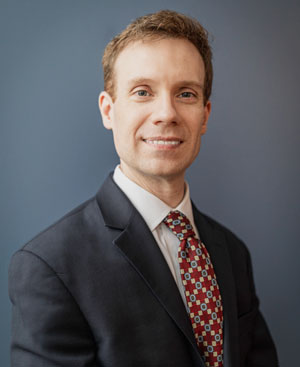