The State, County and municipal governments are hardly on the same page when it comes to their pay-to-play regulations. They do agree that a “business entity” should be precluded from obtaining a government contract if that entity has given a contribution to a candidate for elective-office or elective-office holder within a certain time period in certain instances. They do not agree upon what a “business entity” or “contribution” is, when contributions are prohibited, or the amount of the contribution which disqualifies a vendor.

While for State contracting purposes, New Jersey Public Law 2005, Chapter 51 (C. 19:44A-20.13 et seq.) (“Chapter 51”) sets forth the restrictions for political contributions and State contracts, there have been a series of Executive Orders expanding what a “business entity” means. On the County and municipal levels, definitions vary from County to County and Town to Town.  In Bergen County, for example, the ordinance does not make an exception for contributions made by a spouse or child residing in the home, nor does it consider a civil union partner.

The State provides a definition for “contribution”. A contribution reportable under “The New Jersey Campaign Contributions and Expenditures Reporting Act” (in excess of $300) is a contribution for purposes of Executive Order 117 and P.L. 2005, Chapter 51. So while a $300 contribution is okay under the State pay-to-play laws, that same contribution would bar you from some County or municipal contracts.

The State looks back at contributions made during “the eighteen months immediately preceding the commencement of negotiations for the contract or agreement.” For some Counties, the reverse clock begins ticking from “the time of the first public announcement or solicitation of a request for proposals” back one calendar year.

At the State level, the restrictions on contracting with business entities that have made qualifying contributions hinge on the amount of the contract, whereas some County and municipal ordinances focus solely on the contribution regardless of the contract amount.

These pay-to-play restrictions also apply to certain redevelopers and/or entities seeking redevelopment agreements with the State or municipality. Given the multiple levels of regulation, the disparity between the regulations, and the sheer number of municipalities in New Jersey, it is a full-time job keeping track of the constantly shifting restrictions.

In Bergen County alone, over the last year the pay-to-play ordinance was amended and vetoed three times before finally being adopted. How is a contractor or redeveloper supposed to know what to do when the inevitable request for support comes?

As ELEC’s Executive Director, Jeff Brindle, pertinently observes  in the August, 2013 issue of ELEC-Tronic, the agency’s newsletter, the State’s pay-to-play law is complicated and convoluted. Even the responses to the FAQ (frequently asked questions)  on the New Jersey Department of Community Affairs Pay-to-Play website recommends that  officials should seek the advice of their local counsel regarding matters involving a contractor’s eligibility to work on public projects. 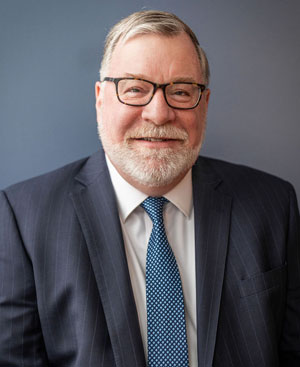