The Role of Amicus Curiae in Insurance Coverage Matters

There’s a curious subtext to the recent New Jersey Supreme Court insurance coverage opinion in Farmers Mut. Fire Ins. Co. of Salem v. N.J. Property-Liability Ins. Guar. Ass’n, 215 N.J. 522 (2013), decided September 24, 2013, related to the presence of several amicus curiae that seem to be the real parties in interest.  Our earlier blog post on Farmers Mutual  includes comments on the role of the amicus parties in the case, and the specific arguments they made.   It is curious because, in Farmers Mutual, the insured policyholder had already been settled out of the controversy, and as it proceeded under appellate review, the dispute was solely between the insurer on the risk and the State’s insurance guaranty fund.

The relatively narrow issue before the Court was how, in the context of an allocation of loss along a long-tail trigger period, to account for periods of coverage where one of the several insurers had, subsequent to the loss, become insolvent.  The petitioner/insurer, ostensibly the party in interest, argued that the Guaranty Fund ought “stand in the shoes” of the insolvent carrier and reimburse Farmers Mutual, who had paid the entirely of the claims, for its pro rata share.

But there were also two amici parties participating in the briefing before the NJ Supreme Court--another carrier with New Jersey matters also involving long-tail allocations among solvent and insolvent carriers--and an insurance industry trade association group, whose members happened to include the amicus insurer, as well as the petitioner/insurer. (There had also been additional insurer parties as subrogees and amicus below before the Appellate Division, New Jersey intermediate Appellate Court.)  So Farmers Mutual had this triple-teaming, piling-on in effect, of insurer interests in a case that already and conspicuously lacked an insured.

Without having researched the particular trade association involved as amicus, or the role of amicus in insurance coverage cases generally, it is nonetheless fair to say that they are a familiar presence, here in New Jersey and in courts across the country.  There is nothing untoward, by itself, about the presence of amicus, of course, whose participation is at the Court’s discretion in any event.  There is at least one policyholder amicus group, United Policyholder, which sometimes files amicus briefs with the New Jersey Supreme Court, as well as trade or manufacturing groups that also occasionally participate in this fashion on behalf of constituent insureds.

But the sense of it is that the insurance industry invests a lot more coordinated time and money, and intervenes, as “friend of Court”, a lot more often, than do insureds or those that represent their interests.  None were involved in Farmers Mutual.

When involved in a matter with a well-funded amicus adversary, you can almost feel the weight of concentrated economic might, and sense the depth and breadth of the insurance industry’s access to granular claims data.   If you happen to be on the other side of the v, without your own amicus as an ally, your work load on appeal is certainly increased, as you often have to defend another front.  The insured’s aim is distracted and the focus of policyholder argument, diminished.

In Farmer’s Mutual, the insurer amicus parties supported Farmer’s Mutual’s main argument that the Guaranty Fund should be involved in the allocation, but alternatively argued that, should the Supreme Court rule otherwise (as the Court ultimately did), then, as the amicus argued. it should be the insured, and not the solvent carriers, who should bare the brunt of the orphaned insolvent share.  Had Farmers Mutual not already settled out with its insured, it could have advanced this alternate argument on its own.  But having settled the claim with its insured, Farmers’ lack of a live financial interest in the alternate holding makes the arguments of the two amicus allies almost abstract, if not entirely hypothetical.

The insurance industry obviously saw its collective interests at stake, beyond the individual insurer on the particular risk. However, there was no corresponding awareness of the stake, on the part of any policyholder or policyholder group.   And policyholders’ interests were just as certainly at substantial risk in Farmers Mutual, but these interests were left without any voice in the argument. Nonetheless, the Farmers Mutual Court arrived at a result that both rejected the insurance industry’s attempt to re-characterize prior New Jersey insurance law, and protected policyholders’ interests in absentia.

Without the presence of the insurer amicus parties, it seems unlikely that the Court would have reached its eventual holding that the solvent carriers are the “first responders” to covered claims, and the Guaranty Fund the “payer of last resort” only after the solvent policies are spent.  The Court could simply have held for the Guaranty Fund and affirmed the opinion below and ended the “live” controversy in its entirety.  Reading between the lines, perhaps the amicus parties saw in the absence of an insured party, the ideal opportunity within which to influence a favorable result.  It was certainly an alarming prospect to someone who represents policyholders--whose interests went unrepresented.

The insurer amicus parties “forced the issue”, as to the general application of allocation in insolvency situations, arguing in their briefs and at oral argument for the wider holding, which would have, at all events, absolved solvent carriers from any responsibility for insolvent shares.  The Supreme Court took them up on it and soundly rejected their broader argument.

It was well within the Court’s discretion, and easily within its ordinary practice, to ignore the amicus parties’ ‘invitation’ to address the wider issues of allocation, and instead deal only with the narrower questions that had to be answered to dispose of the case in controversy.   Such judicial restraint might have been tempting to a Court seeking the narrowest of opinions.  Insurers would have been mildly disappointed with such a result, which would have insulated and protected the Guaranty Fund, but would still have been of some solace to the insurance industry, as the source of the Guaranty Fund’s funds (fees which can be passed along in premium charges back to insureds). The insurers would have been disappointed had the Court declined to address the ‘orphan share’ issue, but they would have at least colorably kept their contention “alive” to fight for another day.   This issue was clearly the bigger fish to fry for the insurance industry.

Instead the Court addressed the amicus larger arguments head on, devoting considerable pages to the public policy purposes of allocation.  The Court rejected the amicus in unusually emphatic language, even without any prompting from an insured.   The Court did so on the strength of its own precedent and there is a sense, at least between the lines, of the Court having been off-put by the amicus arguments that reached too far, and tried to exploit the absence of an insured party. 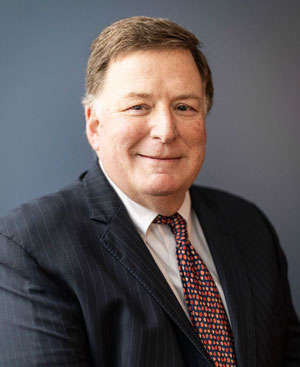