PROFESSIONALISM AND COURTESY - YOUR QUALIFIED IMMUNITY MAY DEPEND ON IT

It is often said that “a word to the wise is sufficient.” A recent decision of the Appellate Division of the Superior Court is a clear shot across the bow for municipal officials whose official duties require them to interact with the public.  In a phrase, officials must know their jobs and deal with the public in a professional and courteous manner.  Their qualified immunity from civil liability may well depend on it.

On July 22, 2010, taxpayer filed a six-count complaint against the municipality collectively, Tax Collector individually, alleging, among other things, violation of 42 U.S.C. § 1983, § 1985 and the Fourth, Fifth, and Fourteenth Amendments to the Federal Constitution for denying taxpayer’s right to make redemption payments on a foreclosed property.

This decision, though not yet determinative on legal grounds, should signal a warning to Tax Collectors (and all municipal officials) that the failure to act reasonably in their official capacity could result in the loss of the protections of qualified immunity, as illustrated by particular actions taken by the Tax Collector in the present matter.  Here, the Appellate Court appears to be willing to entertain subjecting the Tax Collector and the municipality to liability for violating taxpayer’s civil rights should taxpayer be able to prove the following allegations:

1.  The Tax Collector, in a 2008 phone conversation, failed to provide an up-to-date redemption amount to the property owner despite the Borough’s acknowledgment that she was required to do so;

2.  That during that same telephone conversation with taxpayer, the Tax Collector improperly indicated that she was not authorized to accept payment after the date of redemption listed on the 2008 order of foreclosure despite clear language from the court permitting redemption up to the date of the filing of the final judgment; and/or

3.  The Tax Collector, despite acknowledging that a subsequent court order permitted redemption of the tax sale certificate, improperly and knowingly indicated to taxpayer that it was too late to tender payment and refused to accept payment by the property owner.

As it stands, a municipal Tax Collector, as a governmental agent, is endowed with qualified immunity shielding them from a suit for civil damages so long as “their conduct does not violate clearly established statutory or constitutional rights of which a reasonable person would have known.” Gormley v. Wood-El, 218 N.J. 72, 113 (2014).  This doctrine balances two important interests – the need to hold the public official accountable when they exercise power irresponsibly and the need to shield officials from harassment, distraction, and liability when they perform their duties reasonably.” Pearson v. Callahan, 555 U.S. 223, 231 (2009).

On the other hand, the Winberry case also demonstrates that a taxpayer has a statutory right to redeem a tax sale certificate within a prescribed redemption period, and a Tax Collector who fails to accept properly tendered redemption payments, provides inaccurate information, or in any way obstructs or discourages said payment may be found to have violated a taxpayer’s civil rights, and thus, may lose qualified immunity.  While the final outcome of the Winberry case has yet to be decided, municipalities should be forewarned that qualified immunity may be unavailable where the conduct of its governmental agents violates clearly established statutory or constitutional rights of which a reasonable person would have known. 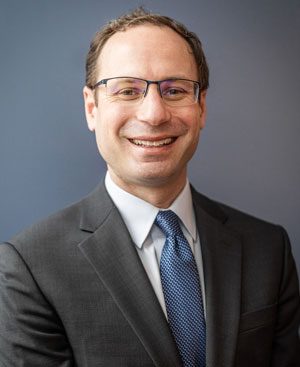